Moving Stories > Chained to Dubai by a Labrador

Chained to Dubai by a Labrador

The thought of moving home can send shivers down the spine of the bravest of persons, but then, there are exceptions. E-Movers Move On editors drove down to the Cedar Villas in Silicon Oasis to meet the couple who make international relocation companies a profitable lot, thanks to their constant moving.

Meet dashing Rohit and his charming wife Anupama perched on their leather sofa. A sofa that has travelled from Dubai to Delhi, back to Dubai, then to Mumbai, and returned to Dubai in a span of few years. The couple moved to Dubai in the year 2000 when the company in which Rohit worked set up a power plant in Oman. He had completed his MBA after doing his Engineering degree and had joined in Mumbai an American company in the energy sector. This company was now setting up the plant but with Dubai as the base. Rohit and Anupama lived in the Karama area for 8 years during which they had two children. In 2008 an opportunity beckoned Rohit to Gurgaon and the family along with their two kids moved to India.

One of the early decisions they took, in principle, was to live like they were never going to leave the place. They wanted to lead a quality life and that started with a good home. They invested in quality furniture. They resolved to move along with their complete furniture and keeping that in mind, Anupama bought furniture that was modular and of standard sizes. For example, her library is built of modules that can be easily reconfigured to suit any space. L-shaped sofas are hard to adjust hence they always bought separate units, but of leather. Anupama is an architect and her knowledge of space and forms aided her decisions when it came to buying furniture and selecting a house.

Another aspect they carefully decided was the education curriculum for their children. They decided for the Indian curriculum much against the trend of some Indian expats opting for British curriculum. The kids moved schools seamlessly between India and UAE because of a common curriculum.

Their stay in Gurgaon, however, was a real short one, only nine months. When Anupama was just starting to feel secure in Gurgaon, Rohit said yes to returning to Dubai for a plum position in a larger power plant company. The first time they moved to Dubai from Mumbai they had sent some of their stuff to their house in Pune, but this time, they packed up everything and shipped it back to Dubai. Indian laws allow the import of personal effects without custom duties for Transfer of Residence from a foreign country. They had brought their stuff from Dubai under TR but the benefit was short-lived as they shipped it back to Dubai. Thankfully Dubai does not have customs duty for import of personal effects. 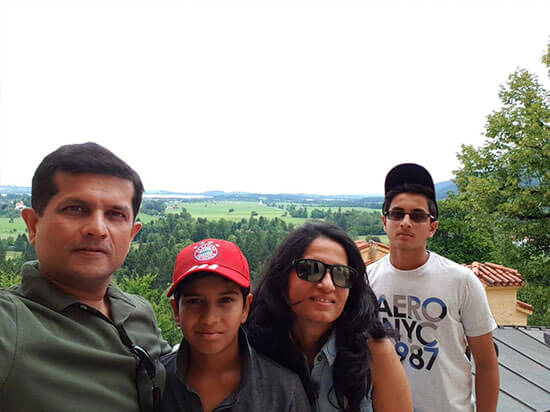 The kids were always clamouring for a pet dog and having a dog in an apartment was not only against the landlords’ rule but also not fair to the animal. 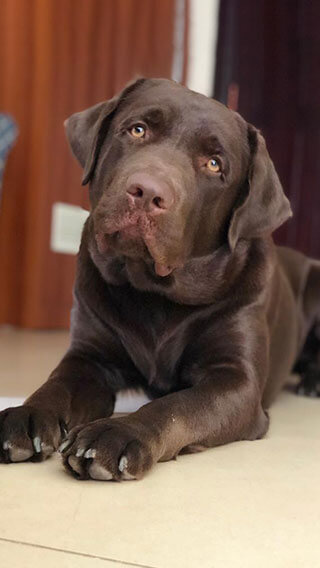 When they returned to Dubai in 2008, they shifted from Karama to a bigger apartment in Oud Metha. For the next 7 years they stay put in Dubai. The kids were growing up fast and Anupama devoted her time to her kids. Rohit was moving up the corporate ladder too and all was well. In 2015, their elder son turned 14 and would soon go to college. With this thought in mind Rohit thought of making an anticipatory move back to India. This time they bought their own house in Thane on the outskirts of Mumbai, and once again moved with all their furniture to India. They used a professional moving company to pack their stuff. By now Anupama had mastered the art of moving and was prepared with a checklist to ensure a smooth move. They had also figured out the routine of moving into a hotel, hiring a car, so that the before and after move experience was as stress free as possible.

India was not what Rohit had envisioned or had Rohit got very accustomed to the simple comforts of Dubai? He missed his social circle and the cleanliness. They lasted only 18 months and once again the mover’s truck was at their door ready to move them back to Dubai. Rohit had earlier used an internationally renowned company for moving and had once again contacted the local branch in Mumbai for this move. Two days before the move he noticed some discrepancies in the logo and the address and checked with the company in Dubai to verify if it was indeed their branch. To his horror he realised that he was dealing with a namesake. The company in India had the same name but was not the international moving company that he had dealt with earlier. The local company nonchalantly admitted that they had the same name but were not the international company he thought them to be. In none of his previous conversation with the local company did the company representative sought to make that distinction.

Fortunately, he got the original international moving company to rescue him and his move was completed, though delayed by a couple of days. It was a close shave and Rohit shudders at the thought of what would have happened to his precious cargo had he gone ahead with the duplicate company. Returning back to the same apartment in Oudh Metha was not possible as it had no apartments to let, so they rented another apartment in the same area. The kids went back to their earlier school, and a few friends didn’t even realise that they were gone and now back. Anupama by now could have easily passed an exam for International Moving and could go on a Speaker circuit preaching how to move at short notice.

“We collect so many material things and instead of we owning them, they start to possess us.”

Rohit and Anupama got a little philosophical as they shared the benefits of de-cluttering each time they moved. While petting Twix, Rohit said, “We collect so many material things and instead of we owning them, they start to possess us. We hang on to them as we move from house to house, and while some may have significant memories attached, many items are with us because of our reluctance to part with them”. Anupama continued, “On every move, we made a conscious decision on what was to be disposed, so we carried only what was significant to our lives.”

If we extend their philosophy to our thoughts, we can gain the same benefits of decluttering. We carry on with so many old feelings and thoughts that increase our negative weight. It will do good to us to cleanse our minds periodically and dispose such thoughts by forgiving and forgetting. We must make room for new thoughts, new ideas, that fill our mind with positive attitudes and our lives with contentment. Amen.

But what about the title of this essay and the dog?, you ask.

The story does not end here. In 2017 they made their latest move. The kids were always clamouring for a pet dog and having a dog in an apartment was not only against the landlords’ rule but also not fair to the animal. A dog needs space to prance around, go on regular walks, and needs a lot of care. This would not be possible in an apartment, so they decided to move to a villa. Friends referred them to the Cedar Villas and they found the community active, clean and closely-knit. They picked a four-bedroom apartment that gave everyone enough room including their pet. They were lucky to get a Labrador and named him Twix.

E-Movers was called in to do the move and under the expert eye of Anupama the move was completed in one day. Anupama gave a big A+ to the team for an excellent job on par with the international renowned company that they had used earlier. She found the crew not just efficient but also courteous and respectful. The move was so smooth that if Rohit had to work that day, he could have left from their apartment in the morning and returned to the villa in the evening, and not find anything amiss.

# Moving Home # International Relocation
Share
Disclaimer: The stories are a work of fiction based on facts. Identies and details may have been altered to suit the narrative.