Did You Know? > Dubai’s 5 most Amazing facts 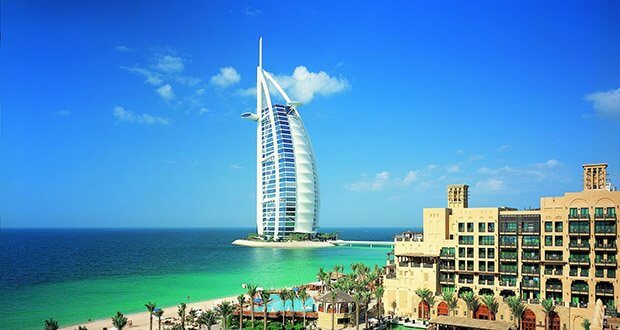 Dubai’s fascinating evolution from a quiet fishing port surrounded by vast desert lands to a modern-day metropolitan city is one that people worldwide are amazed with. Did you know that Dubai has been awarded more than 130 Guinness World Records?

Here are some 5 strange-but-true facts about Dubai.

Dubai has been awarded more than 130 Guinness World Records

Three awards have been bagged by Dubai Miracle Garden and no less than 11 for the Burj Khalifa, the world’s tallest building. More intriguing feats include most people to parachute from a balloon simultaneously and longest underwater live radio broadcast.

The Palm Jumeirah can be seen from space

This world’s largest man-made island is home to opulent villas, impeccable stretches of sand and luxury hotels. Fascinatingly, it took 10.5 million dump trucks worth of sand to create it.

The sail-shaped mega-structure is the world’s first seven- star hotel located on its own pristine island, accessed via a private bridge. Among its astonishing features is the gold leaf that spans across 1790 square meters of the interiors.

One of the UAE’s popular sporting events is camel racing, which has been around for hundreds of years. Since the early 2000s, robots have replaced human jockeys.