Did You Know? > Etihad Rail Project 2022: Ready for the Future of Travel? 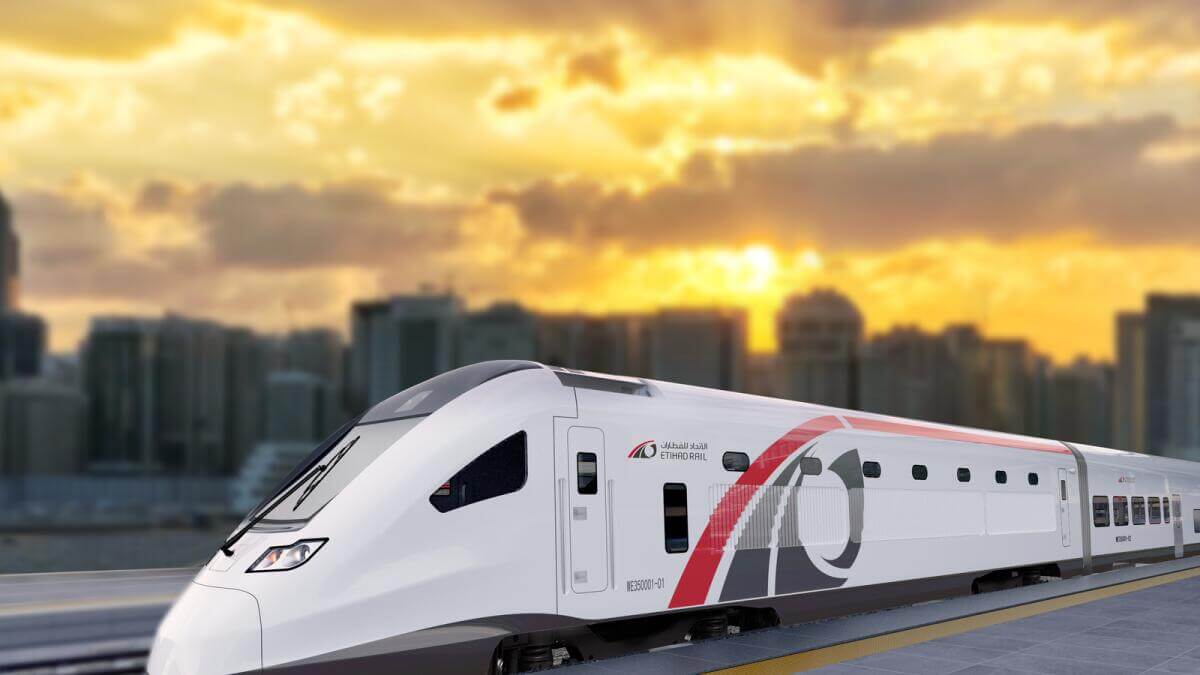 Etihad Rail Project 2022: Ready for the Future of Travel?

Time seemingly stood still when the coronavirus pandemic engulfed most parts of the globe, but in the UAE, mega projects continued to roll out at breakneck speeds. All thanks to its visionary leadership that has been a driving force behind novel architectural marvels and ingenious infrastructural facilities in the region.

The year 2022 is beaming with mega-projects in Dubai, Abu Dhabi and other parts of the Emirates, and one such on the pipeline is the Etihad Rail, expected to carry 36.5 million passengers annually between the country’s major cities by 2030.

The construction of the rail bridge has started on the E11 and Sheikh Zayed Road. Once the rail network is deployed and detailed route maps are revealed, its going to be a very exciting journey for commuters across UAE as they experience a cut in travel times.

Our list below shows what is on the horizon in the UAE’s awaited rail line and milestone points as it expands its base:

– The length of the rail track is 256 kilometers and requires 47 million hours of work by 13,300 workers to be completed.

– As a part of the larger UAE Railway Programme, Etihad Rail will run from Ghuwaifat (close to Saudi Arabia) to the port of Fujairah. It will connect 11 cities and regions across the seven Emirates. There will be different seating categories – first class, business and economy.

– The new transport system will uplift freight logistics by opening new arteries for commerce and trade in the region. This improved logistical system is anticipated to offer a AED 186 billion economic boost to commercial opportunities over the next 40 years.

– This environmentally friendly service will boost the UAE’s sustainability efforts. One single train journey will approximately replace about 300 lorries and an estimated 375,000 vehicles on the road, reducing congestion and collisions. This thereby reduces carbon emissions by 80 percent and is bound to create more than 9000 jobs in the market. Once the rail system is fully operational, greenhouse gases will be slashed by 2.2 million tonnes a year.

– The Abu Dhabi to Dubai railway ride includes 29 bridges, 60 crossings and 137 drainage channels. Traveling at a speed of 200 kilometers per hour and with a capacity of up to 400 passengers per train, it is designed to ferry passengers in only about 50 minutes between the two cities and in just 100 minutes from Abu Dhabi to Fujairah.

– The line from Sharjah to the east coast comprises 54 bridges and 20 wildlife crossing points. Around 9 tunnels extend for 6.9 km through the Hajar Mountains including the largest heavy freight tunnel running across 1.8 km in the Arabian Gulf.

– In November 2021 itself, Etihad completed the excavation works for all its tunnels two months ahead of schedule and in compliance with the highest safety standards. This was achieved using the most modern technology and tunneling equipment. 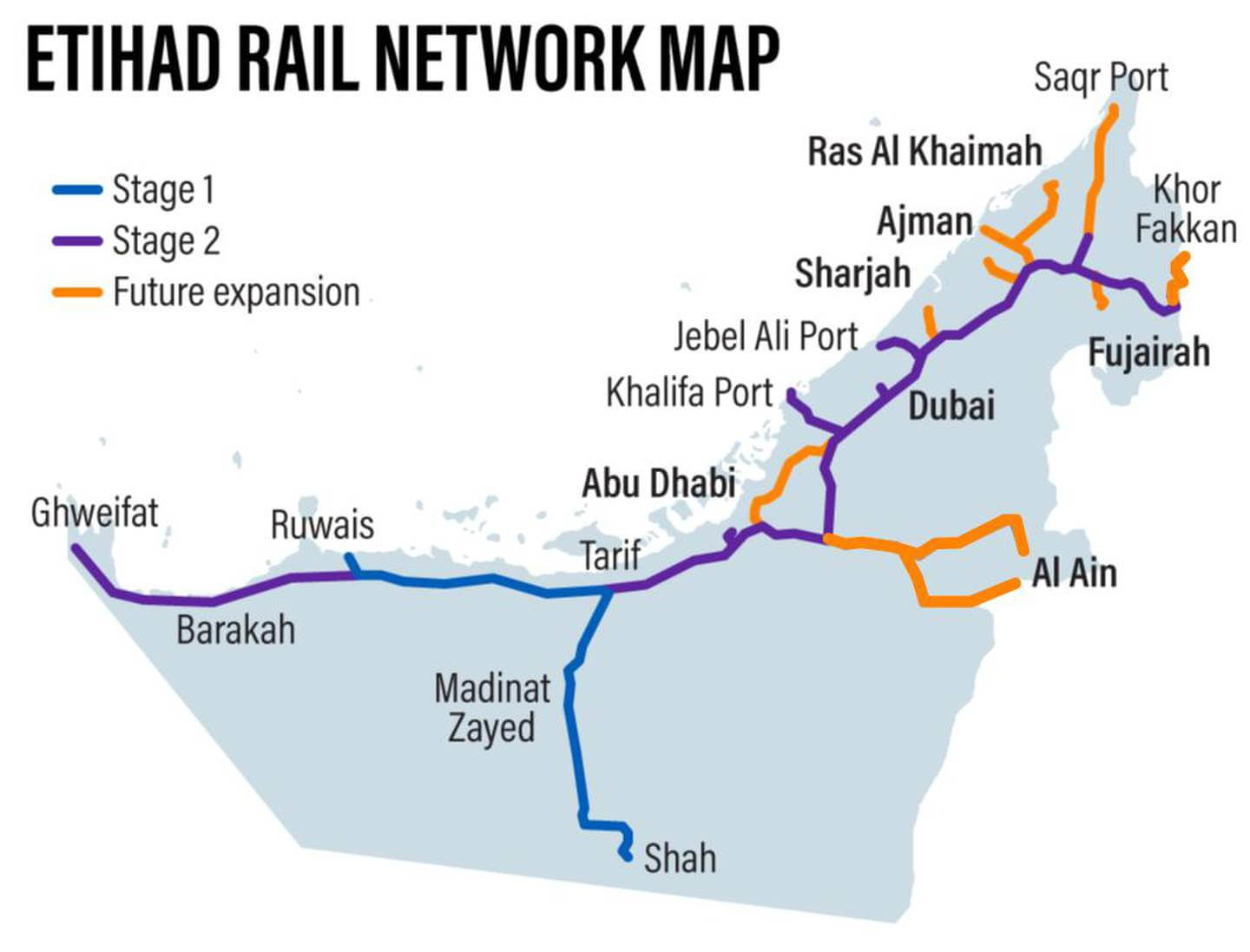 Etihad Rail is working closely with the Emirates Federal Transport Authority to further develop networks and hubs to enhance passenger connectivity. Once the train services are launched , UAE residents will have a one-of-a-kind experience traveling to different cities in the UAE.

With rail tracks snaking through vast desert lands, plans are fully on to gradually connect to neighbouring GCC states offering a comfortable, efficient and eco-friendly travel across the Middle East region.