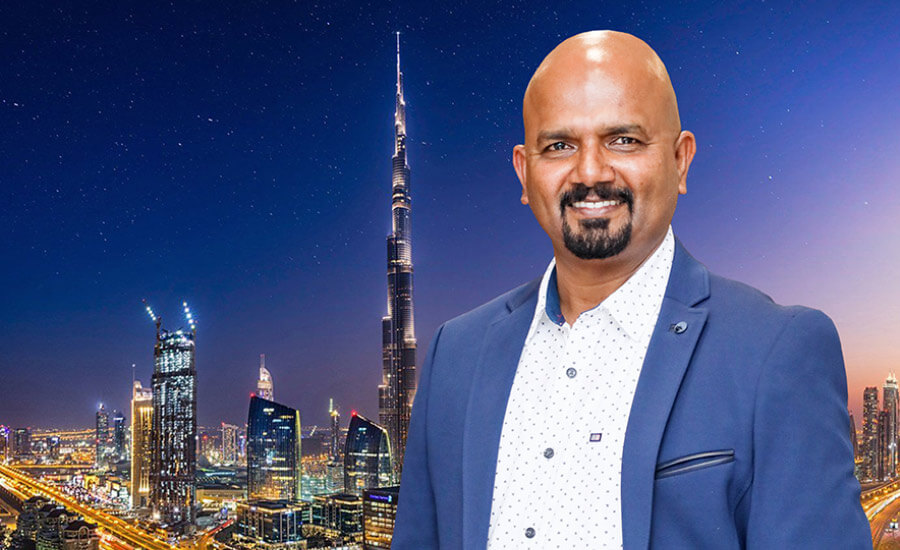 Huddled in the boot of a white Range Rover, a blue-collar labourer was heading to the immigration office with his sponsor to get his work permit. It was the first foreign car he had sat in and was overawed by the plush leather seats and heavenly scent. Even before he reached the immigration office, he made a vow to himself to own a car like this.

The scorching sun was roasting his body and this helper wished for the comfort of working inside an air-conditioned building. The menial skills he possessed were something that could make this dream come true. But he found the way inside a building by learning a new trade, that of an electrician.

A monthly salary of 1500 AED looks distant to a person earning only 500 AED. This helper reached the magic number by grabbing a high-paying job that he acquired in a matter of days to pass the interview.

A hardworking man, with a goal in mind, determination in his heart and a willingness to learn can achieve anything, and this is what he has shown the world. This is the story of the man we know as Suresh Pillai.

This is the story of his journey from a small hamlet called Kattampily to the city of dreams, Dubai. A city where the streets are paved with gold for those who have a desire to learn, to grow, to grab opportunities with both hands, and the sheer grit to overcome obstacles.

A hardworking man, with a goal in mind, determination in his heart and a willingness to learn can achieve anything

Suresh’s story starts in the southern Indian state of Kerala, Kadakkal. Suresh Velayudhan Pillai, the youngest of 5 siblings, at a young age of 22, was compelled by his father to leave his village to escape political persecution for harbouring Marxist ideologies. A farmer’s son, he had completed his Class X and was working in the family fields tapping sap from rubber trees, milking the cows, and wading in the rice ponds of their 2-acre plot. His farm work would complete by noon, so had a lot of idle time to indulge in activities not liked by right-wing politicians. Suresh even dreamt of running his own jeep transport business after his farm hours.

Suresh’s elder brother was working in Oman and arranged a visa for him to leave his village and his dream of a transport business. When he arrived in Muscat, he took the very first job he got, that of a helper at a meagre remuneration of 50 Omani Riyals per month, equivalent to 125 US dollars. He worked as a helper to plumbers, electricians, and painters doing unskilled jobs and had to spend most of his time outdoors in the scorching sun. From the comfort and languor of his farm, he was thrust in the oven of sweat. He resolved to find an indoor job and also earn at least three times as much, as soon as he could. He set about achieving this dual goal in a determined manner.

Soon enough he was spotted by an Arab contractor looking for extra help to complete a delayed job. The Arab showed Suresh how to install an electrical socket and then gave him a big box to finish in a couple of hours. When the Arab returned, much to his amazement, Suresh had completed the task. An impressed boss hired him immediately as an electrician helper. Suresh achieved his first goal of moving from the harsh outdoors to the cool indoors, but even after working 3 years as an electrician his salary had only increased by 10 riyals. He knew he still was far away from his target of earning 150 riyals. (1500 AED).

During his stay in Muscat, Suresh interacted regularly with his brother’s friend who was his mentor and guide. Suresh would always talk to him about his goal to earn 150 riyals, and when this friend moved to Dubai, he called Suresh to work for the company he had joined. This same person eventually offered him a stake in his new business. And the person was none other than Dilip.

Akate Parambil Sankaran Dilip had been working in Muscat for over 10 years when Suresh met him. Suresh found in him a mentor who would guide him to achieve his goal of earning more. Dilip moved to UAE to follow his manager who had opened a furniture shop, which is the famous Marlin Furniture. Dilip remembered Suresh’s aspiration and invited him on a visit visa to Dubai to check out the job as a furniture installer. Suresh started his stint in Dubai at 600 AED (60 Omani Riyals).

Suresh could never thank Dileep enough for showing confidence in him, and it was during his days in BAFCO that Suresh matured into Fearless Suresh.

Suresh knew little about painting and even lesser about spray painting, but the job would pay 1500 AED. He could not miss this chance to achieve his goal. He learned spray painting in the few days before the interview and managed to pass the test. Later he took advance training to learn the full science and art of spray painting. Suresh could never thank Dilip enough for showing confidence in him, and it was during his days in BAFCO that Suresh matured into Fearless Suresh. A person with a never-say-no attitude, endless determination and willingness to help others.

Dilip, while working with BAFCO, started a side business of stitching curtains that did not fare well. He then started another business Dolphin Furniture, and asked Suresh to pitch in with his savings. Unfortunately, this too did not take off and Suresh lost his savings, but Dilip offered Suresh a stake in the new moving business that he started in 2003.

Around that time Chirantan Joshi, a colleague from BAFCO, had also quit his job and co-founded E-Movers with Dilip knowing that Suresh was also a silent partner. In 2005 Dilip felt the need to enlist Suresh full-time in E-Movers and initially everyone was told that Suresh was just another employee. Six month later it was revealed that the furniture installer slogging so hard was, in effect, a partner.

Suresh professional and personal growth closely follows the growth trajectory of E-Movers. Suresh became more efficient and effective. He carried very lightly the halo of partnership and was a hands-on operations manager executing complex relocations and sophisticated furniture installations with great ease. E-Movers began in Sharjah, but even before moving to Dubai, plans were afoot to open in Abu Dhabi. Suresh was asked to relocate and once again he was wise to see the opportunity to achieve another goal of running a business end-to-end. He took on the responsibility of not just operations but was also responsible for the complete business in Abu Dhabi.

The hour to own a Ranger Rover arrived when, in 2015, the company rewarded its most enterprising director with a Range Rover.Reclining on the plush seat of his dream car, Suresh was misty eyed at his great achievement, but his even bigger achievement was the team of young boys that he had nurtured, mentored and grown into men of considerable standing. Suresh may not have had formal schooling, but his education continued each day was filled with learning. He may not speak English like a pro, but his confidence doesn’t waver when communicating his ideas. He may not have an MBA but his professional approach, management mantras, and his human resource development practices would easily become a syllabus in many universities.

The hour to own a Ranger Rover arrived when, in 2015, the company rewarded its most enterprising director with a Range Rover.

Suresh is a sponge that extracts the smallest piece of wisdom that he can from the people he meets and admires. A problem-solver, Suresh treats every mistake as an opportunity to learn and never to repeat. He thrives on challenges and leaves no stone unturned to find solutions to the most vexing of situations. His uncanny ability to diagnose a failure, and do root cause analysis to find lasting solutions, is the sole reason why E-Movers can execute challenging projects with ease.

Suresh’s personal world is his two school going daughters, and wife who doubles as his executive assistant at work. He finds time to help not just his crew in E-Movers but is also active in his community through his social work. Suresh has been instrumental in finding livelihood for more than 100 people from his village and it is an achievement he hardly acknowledges. He may not have the time for serious passions, but watching motivational videos on YouTube is something he greatly enjoys.

To know the person, you have to hear from the people he works with and the people whose life’s he has touched. 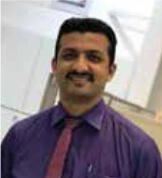 “He is a task master. He will tell you what is to be done and will quickly also tell you how best it can be done. And then he will leave you to do it. He lets you make mistakes but does not waste time crying over spilled milk. He’d rather tell you why it happened and how to avoid it.” 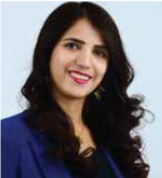 “A gentleman to the core, his chivalry cannot be outdone when dealing with ladies in E-Movers. When I am returning to Dubai after a long day, he keeps a tab on me to check if I made it safely through the foggy road.”, says Siddhi Joshi. 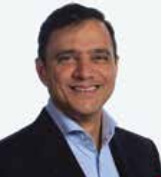 “Suresh is a man of his word, and will see that what he commits he delivers, and not just at work but also in his personal life. He is ever willing to help people and equally ready with gratitude for those who have helped him. He is truly fearless and sometimes I wonder if that stems from blissful innocence. When we know too much, we tend to develop self-limiting beliefs, and Suresh having boiled in the hot cauldron of practical experience fears nothing and no one. When a client approaches us with an impossible project, before saying no, I always check with him, knowing that impossible is word not found in his lexicon.” 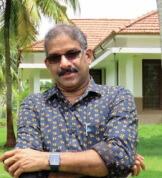 “Suresh is a daredevil,” says Dilip. “He hates to say I cannot do it. He will always find a solution because he has the eagerness to move forward. You cannot stop a man from succeeding if he has his heart set on it. Time and again I have seen this determination carry him through all challenges. He truly is fearless.”

Read full story
Share
Disclaimer: The stories are a work of fiction based on facts. Identies and details may have been altered to suit the narrative.