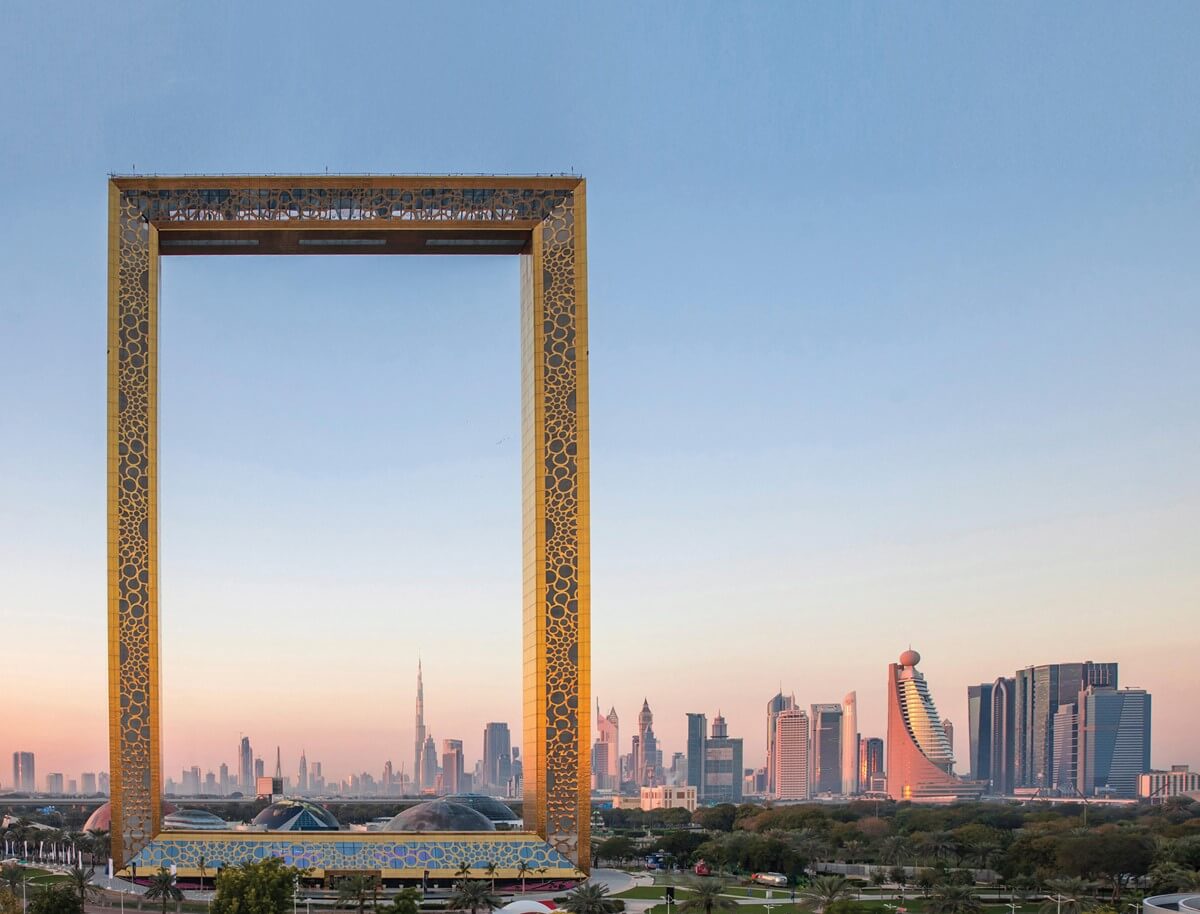 We take you through some of the Guinness World Records that the city of Dubai holds – which are amazing.

Largest building in the shape of a picture frame

The Dubai Frame is an architectural landmark in Zabeel Park, Dubai. It has been described as “the biggest picture frame on the planet” costing AED 230 million. Standing 150 meters tall and 95 meters wide, this impressive structure is open daily to visitors, with tickets priced at just Dhs 50.

The museum showcases the rapid development of Dubai from a desert to a metropolitan hub. Visitors can view old historical spots from the city’s past on one side and modern landmarks on the other.

The Gevora Hotel in Dubai holds the crown as the tallest hotel in the world beating its predecessor the JW Mariott Marquis by one meter.

The fastest police car in service

The fleet of Dubai Police supercars is world-famous, and Dubai has hit the World Record for having the world’s fastest police car in service, a Bugatti Veyron with a top speed of 407km/h, which is just one of its 14-strong fleet of supercars.

There is just no escape from this Dhs 9.5 million supercar.

The 21-carat Najmat Taiba has been recognized by the Guinness World Records and endorsed by the World Gold Council as the largest gold ring.

It weighs almost 64kg and is studded with 5.1kg of precious stones and diamonds as well as 615 Swarovski crystals. The ring was crafted by 55 goldsmiths, who worked on it for 10 hours a day for 45 days.

The ‘Dubai Celebration Chain’ at 5.522 kilometers long, holds the title of the world’s longest handmade gold chain. The 22-karat chain weighed a whopping 256 kilograms and over 100 craftsmen worked on it for 45 days.

During the celebration of the 20th anniversary of the Dubai Shopping Festival, the chain was unveiled at the Deira Gold Souq bus station and was later sold in pieces to shoppers.